How oral health can impact your heart 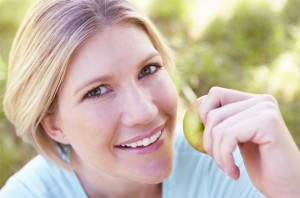 We have spoken before in our blog about how your oral health can have far reaching implications for your heart. The two body functions are closely linked and we are still only now discovering why and how.

The reasons for the link are still largely unknown, but a clear connection has been established between gum disease and heart disease. For example, 91 percent of Americans with heart disease also have periodontitis, or gum disease. That’s a link too strong to ignore.

A theory is that bacteria from the mouth travels down through the body eventually finding its way to the heart. This bacteria may have a hand in causing or exacerbating heart disease.

The official terms are Cardiovascular disease for heart disease and atherosclerosis for the hardening and narrowing of the arteries. Gum disease is officially known as periodontitis or periodontal disease.

Heart disease and periodontitis have several things in common. Both involve inflammation that can cause break down tissue in gums and narrow arteries and blood vessels. Both can be caused by lifestyle factors such as diet, smoking and excess weight.

That common ground has been proven. Just how they are linked, or how one may cause the other is still being researched. Considering up to 80 million people have some form of heart disease, that research cannot work fast enough!

It isn’t just the arteries and blood vessels that can be affected. Inflammation of the heart itself can occur too. This is called endocarditis and is where the inner lining of the heart becomes infected and inflamed just like gums.

Researchers have also made links between dementia and gingivitis, which is a condition that leads on to periodontitis if left unchecked. The same bacteria attributed to gingivitis is thought to travel to the brain. Research into possible links between gingivitis and Alzheimer’s disease is also underway.

So as you can see, keeping your teeth and gums clean isn’t just about a dazzling smile. Medical research is increasingly looking at gum disease as a possible cause for many other conditions that affect our bodies. Even more reason to maintain good oral health.