The Chao Pinhole® Surgical Technique (PST), invented and patented by John Chao, DDS, MADG, is a scalpel-free, suture-free procedure for correcting gum recession. Through a small hole made by a needle, Dr. Chao uses specially designed instruments to gently loosen the gum tissue and glide it over the receded part of the tooth. Since there is no cutting or stitching, patients can expect minimal post-operative symptoms (pain, swelling and bleeding). Most patients also are pleasantly surprised by the instant cosmetic improvement.

The unique features of the Pinhole Surgical Technique have aroused keen interest on the part of the media. So far news programs at 240 TV stations have featured this scalpel-free technique of treating a problem that is found in half of the U.S. population (JADA, 2003). Dr. Chao made a guest appearance on the nationally syndicated “The Doctors Show,” “Dr. Steve Show,” “ABC,” “NBC,” and over 240 other stations across the U.S. and Canada, reaching an estimated 10 million viewers. For this reason, you may have already heard questions and comments from your colleagues and patients about this “breakthrough” method of correcting ginigival recession. 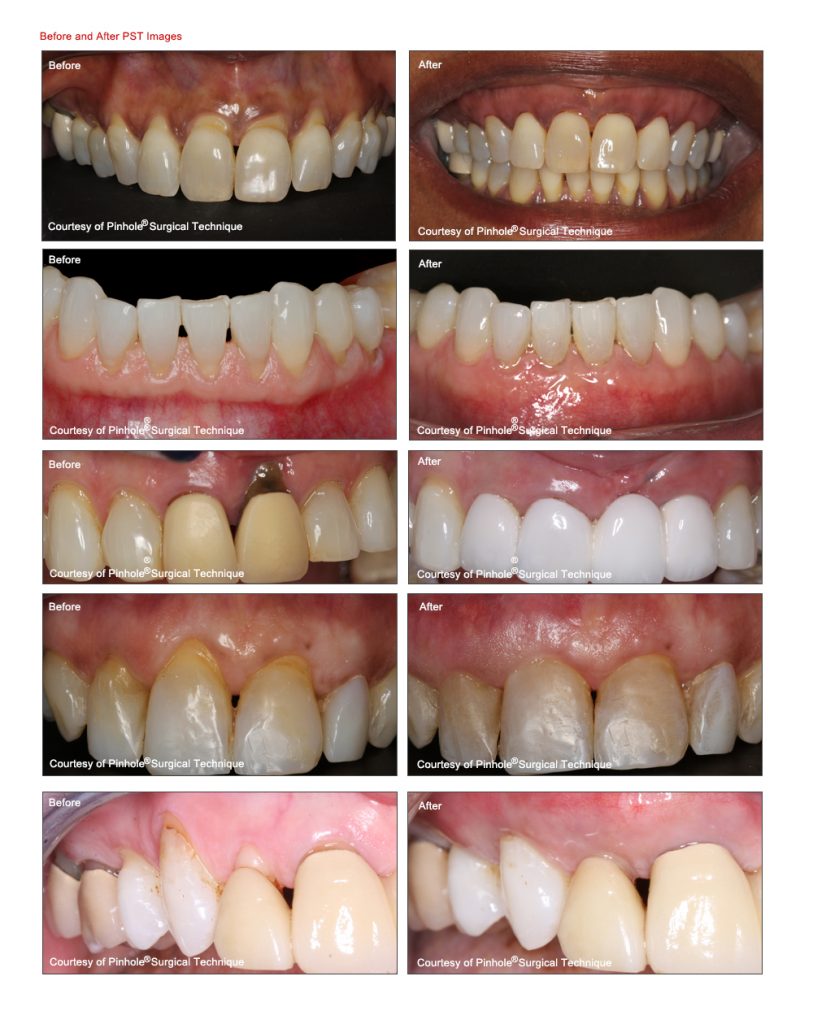